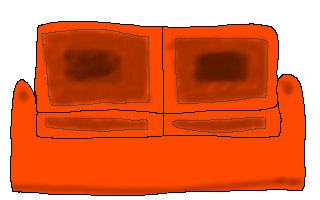 Hello,
Welcome to Macrosofa.net. Or, at least it used to be .net. I suppose it's .neocities.org now.
I started this website because I was interested in writing more about my interests. I'll be writing reviews of some of my favorite video games, some articles about my thoughts and opinions on some of my interests, and I'll also share some of my programming endeavours here, perhaps among some other things.
You can get a better bearing on these sorts of interests of mine on my about page.

The prototype for my Halloween game

Hello! This sure is something!
If you've been keeping track of my site earlier this month, you may know I announced a game I was working on to be released around the middle of October for Halloween. Then midterms happened. "Middle of October for Halloween" became "Halloween", and "Game" became "Prototype". I almost scrapped it for now and decided to release it late, but I really wanted to deliver something, so I found a way to finish what I could respectfully consider a basic "Prototype" of the game. If you want to give it a shot, feel free to click the link above.
Either way, happy Halloween!

Breaking news over. If for some reason you're still here after that intrusive, poorly designed, and hastily improvised banner of self promotion for my game, the rest of the site is still below.

Here, I will review some of my favorite video games. These largely include old games, indie games, open source games, and others. Some of them are obscure ones that I wish got more love, many of them are lightweight games that will run on older computers, and I try to take a different approach than most conventional reviews.

My articles and general writings

Just general articles that aren't reviews of games. Some of these are tutorials, guides, opinion pieces, and much more. Over time, I'll put in a wider variety of topics here. Maybe I'll also write some articles about music.

Rants, musings, and other updates

If I want to write something or share something without taking the time to organize my thoughts into a full article, I'll put it down here. Note that while some of these will be opinion pieces like in my articles section, these ones won't be nearly as long, objective, balanced, or coherent.

Saw some buttons around here, felt like making one of my own and collecting a little few. Some of them are old buttons from the 90's, except I might modify the links to point to a website that actually still exists; for example, the Quake button goes to the website for nQuake, instead of PlanetQuake, since PlanetQuake is all but a dead site (half the links go to an error page of some sort, and the other half go to IGN since IGN bought out GameSpy, the company that used to run the site).

This is all for now. Later, I'll have more categories of articles, as well as perhaps some other things.
Feel free to follow my Neocities profile if you want to be notified whenever I update my site.
Oh, and I've recently created a MACROSOFA guest book. Feel free to give it a visit and leave your thoughts on my website.